KYOTO – Japanese manufacturer Shimadzu Corp. announced on June 22 the release of a device that can diagnose Alzheimer’s disease from a few drops of blood, using mass analysis technology developed by the company’s executive researcher, Koichi Tanaka, which won the Nobel Prize in chemistry in 2002 for achievement.

The device, priced at 100 million yen (about $ 902,000) excluding tax, can estimate the levels of protein accumulation in the brain. Since only a tiny amount of blood is needed for the examination, the new system places less burden on patients compared to conventional methods.

Although beta-amyloid protein is known to start building up in the brain about 20 years before symptoms of Alzheimer’s disease appear, testing methods have been limited to emission tomography scans. costly PET scans and cerebrospinal fluid analysis, which are a huge burden. on the sick.

Following joint research with the National Center for Geriatrics and Gerontology of Aichi Prefecture, Shimadzu published in 2018 in the British scientific journal Nature the new method to estimate the levels of accumulation of beta-amyloid protein in the brain from just a few drops of blood – equivalent to about 0.5 milliliters – by detecting the slight leakage of a substance related to beta-amyloid. Since then, the manufacturer has been working to put the technology into practice. By combining test data from the new device with diagnostic imaging and other methods, doctors can make comprehensive diagnoses.

Tanaka commented after receiving the Nobel Prize in 2002, “In five years, I want to be able to diagnose the presence or absence of hundreds of diseases from a single drop of blood.”

Reflecting on his comment at the time, Tanaka said apologetically at a press conference on June 22 at Shimadzu headquarters in Kyoto’s Nakagyo district, “I spoke of a wacky future. which I wouldn’t have mentioned if I had been a (medical) expert. “He added,” We need to do more research so that our technologies are used as methods to solve challenges, including drug development. ” 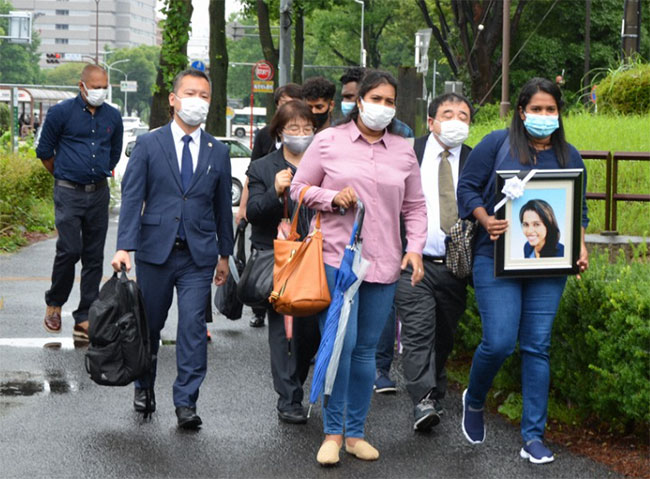