Researchers at the University of Tokyo’s Department of Architecture have come up with a promising new type of concrete that has the potential to reduce emissions from the construction industry.

About 7% of global carbon dioxide emissions come from the manufacture and use of cement, which is the main component of concrete. In addition, a large part of these emissions is due to the necessary use of calcium, which is mainly obtained by burning limestone. Professor Ippei Maruyama and the Calcium Carbonate Circulation System for Construction (C4S) project leader Professor Takafumi Noguchi investigated a less carbon intensive method of capturing calcium.

They eventually found a way to take waste concrete and capture carbon dioxide and combine it in a process to create a usable form of concrete called calcium carbonate concrete. As noted in the research team’s report, it is estimated that Japan has accumulated around 100 billion tons of concrete, with an annual amount of concrete waste generated in the country between 40 and 100 million tons. This has been identified as a potential source for reuse of calcium in concrete.

This process was inspired by how some aquatic organisms harden into fossils over time, in a process that forms hard deposits of calcium carbonate from dead organic matter.

“Our concept is to acquire calcium from discarded concrete, which would otherwise be wasted,” said Maruyama. “We combine this with carbon dioxide from industrial exhaust gases or even the air. And we do it at much lower temperatures than those currently used to extract calcium from limestone.”

Other sources of calcium mentioned in the study include calcium carbonate rocks and industrial wastes containing calcium, such as gypsum.

While this new form of concrete has shown the potential to be a stable and environmentally friendly material, the researchers say, calcium carbonate concrete cannot replace traditional concrete today. It is not yet as strong as typical concrete, and currently only small blocks a few inches long have been made.

“It’s exciting to make progress in this area, but there are still many challenges to overcome,” said Noguchi. “In addition to increasing the strength and size limits of calcium carbonate concrete, it would be even better if we could further reduce the energy consumption of the production process. However, we hope that in the decades to come, carbon neutral calcium carbonate concrete will become the common type of concrete and be one of the solutions to climate change. “

Previous Director Kyohei Ishiguro Takes You Behind The Scenes Of Bright: Samurai Soul →

Next Florentijn Hofman's rubber duck will be in Osaka in November

Japan, Vietnam look to space and cyber defense against China

US Open Lookahead: Gauff vs. Stephens at night, Osaka plays 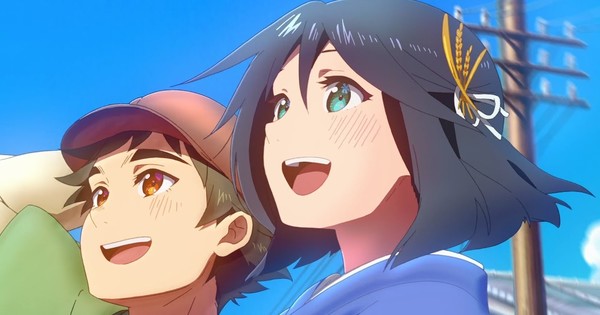